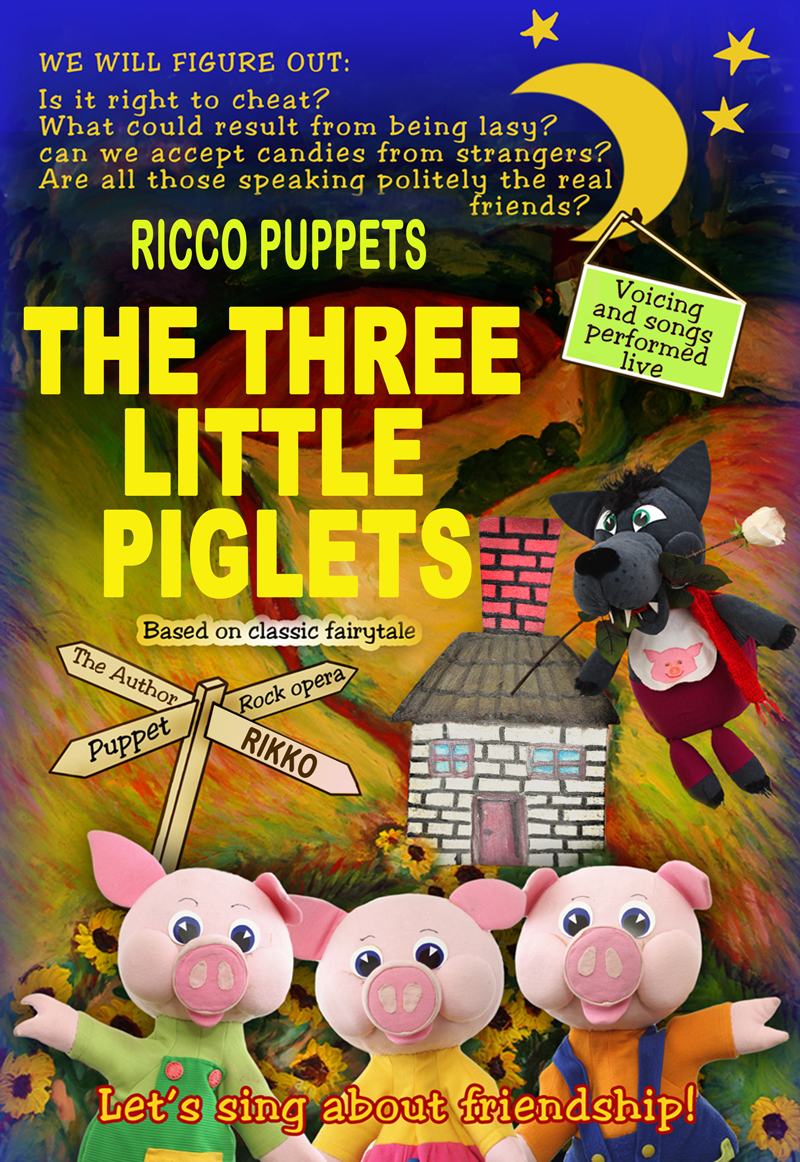 Musical staging of the old English fairy tail “The Three Little Pigs and a Wolf” contains lots of funny jokes. The story about friendship and laziness featuring educational aspects: whether or not to trust unconditionally the words of a shady stranger and whether to take candies from an unknown person. Constant contact with children – they help the piglets to come over the danger, and even have a dance with the main characters. The chase is performed in the rap rhythm. The happy ending avoids any tiny violence.
The puppets are mastered by Ricco. The voices and songs are performed live. The instrumental accompaniment – recorded.
The target audience – 2,5+
Length of the performance – 40 min. 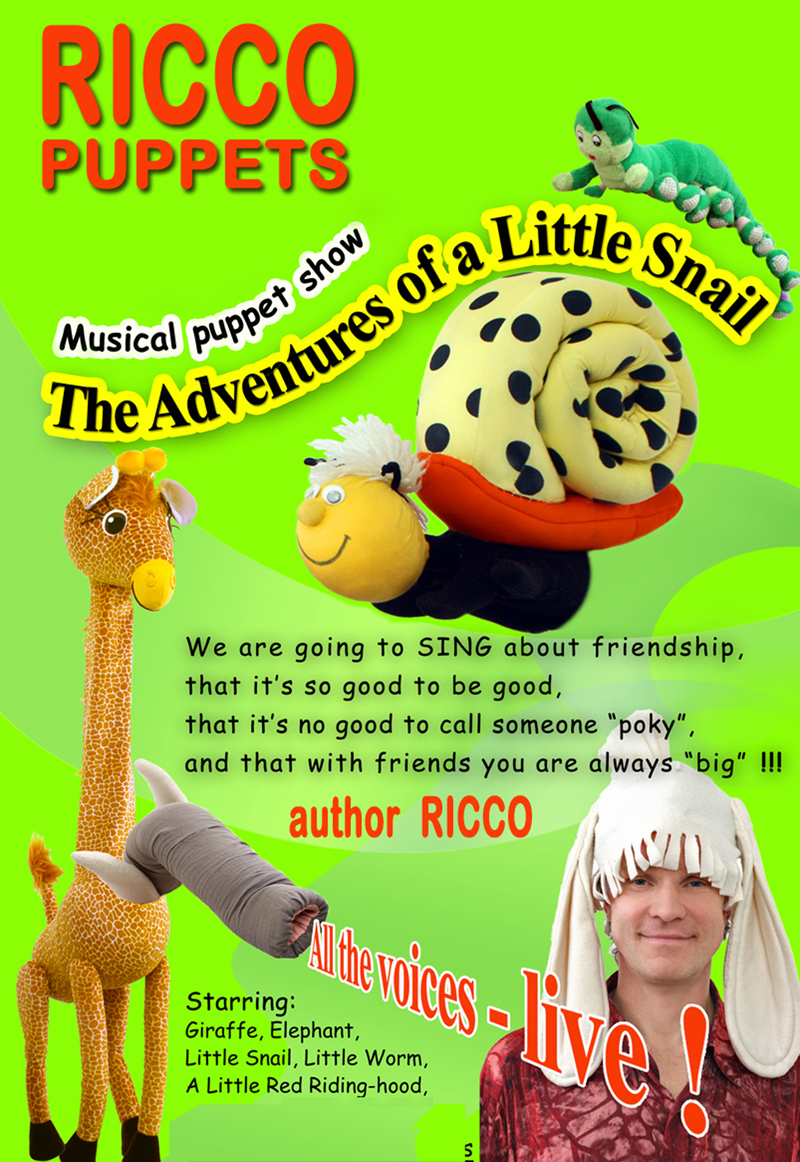 Musical puppet show about a Little Snail who wanted to grow up as soon as possible. The fairy tail about friends and friendship. The Snail’s wish to grow up quickly accompanied by variety of funny and amusing situations. Children and grown-up viewers involved in the performance.
Hand-lead puppets are used. The piece is starred by the Snail, a Little Worm, a Dwarf, a Little Red Riding-hood (a girl chosen among viewers), a Giraffe, an Elephant, a Leveret ( a boy chosen among viewers ). Musical accompaniment – recorded. The voicing – live. The target audience – 2,5+
Length – 40 min.